From 1979 until 1982 I operated from JO31TP (Bergkamen/Germany) on VHF/UHF in SSB and CW. I was very active on 2m and 70cm with the callsigns DG5DT and DH4DAB for a years and later on with the call DL9DAK. I try all the special propagation conditions like Tropo, Es, Aurora, Meteor Scatter and also EME (Erth-Moon-Erth).

I was very activ at the VHF/UHF contests. So for example in 1980 I take the 3rd place in the german overall scores with the callsign DH4DAB with very small equipment - 120w on 2m and 35w on 70 cm only. 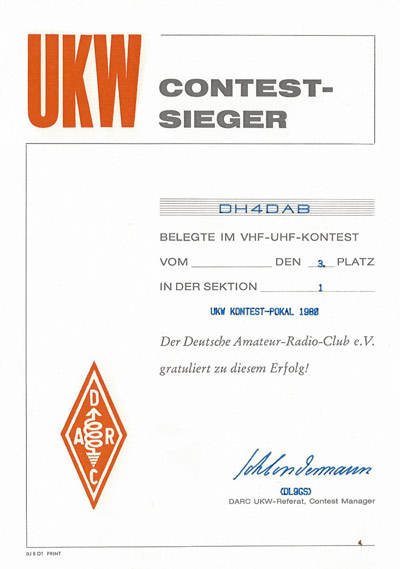 In Summer 1980 we operate with some friends from Luxembourg for a weekend via tropo and mostly meteor scatter. So the European Award of the DARC was made in two days. 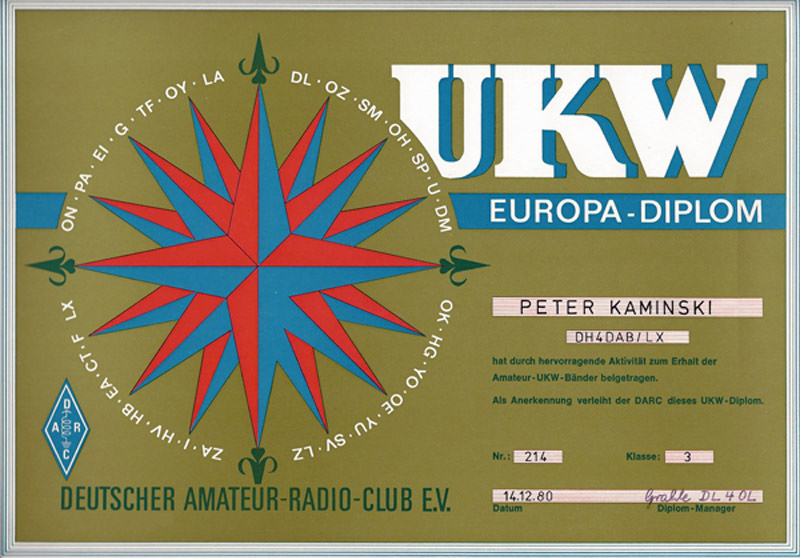 From 1981 I operate with the full licence callsign DL9DAK but in 1990 I change to Hamburg and so I could operate portable only. You can read more about the portable activities between 2006 and 2008 in the section microwaves ...